The company is the first to create a series of game-changing children’s products featuring characters of color for tech-loving kids. 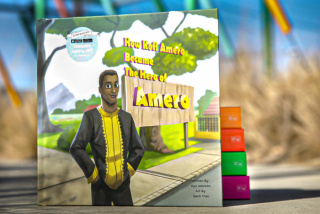 How Kofi Amero Became the Hero of Amero
CHARLOTTE, NC, June 03, 2021 /KidZNewswire/ -- RainbowMe Kids, the edutainment company that offers augmented reality (AR) products and journals, immersive podcasts experiences, and entertaining video streaming for kids ages 2-12, announced the debut of their second AR folktale literature experience titled ‘How Kofi Amero Became the Hero of Amero’. This game-changing book is an adaptation of Ghanaian folklore about a wealthy, selfish, and unkind man named Kofi Amero who meets a strange man in tattered clothing begging for food outside of his home. In a twist, Kofi learns the man is not whom he says he is. What happens next changes Kofi’s perspective, helping him make better choices in life, and becoming the unlikely hero of his town. Readers will journey on a fully immersive AR experience through Kofi’s story to see how he engages with his neighbors as well as the results of those choices. Readers will learn social-emotional skills such as the value of kindness, humility, self-awareness, self-management, relationship skills, personal responsibility, and decision making. The book’s use of AR technology also provides hope for struggling readers engaging them in a way that makes education entertaining.

“Our goal at RainbowMe Kids is to always be the brand that comes to mind when you think of positive education and entertainment for kids featuring main characters of color,” says RainbowMe Kids founder and CEO, Kya (pronounced Kee-yuh) Johnson, Esq. “ ‘O is for Oshun’ and "How Kofi Amero Became the Hero of Amero" is an extension of this goal. We are so excited to introduce these folklore and fairytale characters in a way they have not been seen before. We know kids (and adults) will enjoy these experiences and the magic of AR enabling each character to come to life.”

‘How Kofi Amero Became the Hero of Amero’ is a spinoff of RainbowMe Kids’ first AR literature experience titled, O is for Oshun, an ABC book that brings the new generation of tech-loving kids to discover literature from around the world. Colorful illustrations captivate young readers holding their attention while reading 'O is for Oshun' introducing children to their new favorite fairytale and folklore characters from Nigeria, Brazil, South Africa, Mexico, Iraq, and many more countries.

Beyonce Knowles-Carter’s 2017 Grammy performance was inspired by Oshun, which was the first time many were introduced to the goddess in mainstream media. In August 2020 RainbowMe Kids was awarded a $10,000 Black-owned Small Business Impact Fund grant by Knowles-Carter’s non-profit organization, BeyGOOD, in partnership with the NAACP.

“There were over 17,000 businesses that applied for this grant and to be selected is such an honor,” says Johnson. “Being highlighted on a platform as big as Beyoncé's is a dream come true and it is a wonderful sign of even greater things to come.’

Johnson grew up loving popular fairy tales such as Cinderella, Snow White, and Sleeping Beauty. For generations, these princesses and their adventurous love interests were the images that kids of all colors read in their books and watched in movies while characters of color appeared in supporting roles or were not included in the story at all. So in December of 2009 when The Princess and the Frog debuted featuring the first black Disney princess, Johnson then 29, was not the only wide-eyed adult in the theatre. This moment inspired Johnson to search for other stories with main characters of color from all over the world and bring them to the forefront of children’s literature and entertainment - with a modern twist. While doing her research she found that there were other princesses, kings, queens, gods, and more main characters of color to be discovered from all over the world.

“I wanted to create a space where, as soon as you enter into it, there is a sense of pride, boldness, imagination, and fearlessness,” said Johnson. “We know that when kids see positive images that reflect who they are, they believe they can be anything.”

In 2016, Johnson founded RainbowMe Kids to encourage learning, creativity, imagination, and innovation. Her company aims to take the limits off of what children can imagine themselves to be.

ABOUT RAINBOWME KIDS
RainbowMe Kids offers augmented reality (AR) products and journals, immersive podcasts experiences, and entertaining video streaming for kids ages 2-12 to encourage creativity, imagination, and innovation. Founded by Kya Johnson, Esq., RainbowMe Kids’ mission is to create original experiences that bring to life folklore and fairytale characters of color from around the world, adding their own twist on the stories and incorporating the use of innovative technology. RainbowMe Kids aims to take the limits off of what children can imagine themselves to be. For more information on RainbowMe visit their website at www.RainbowMeKids.com. You can also find them on Instagram, Facebook, Twitter., Pinterest and YouTube. 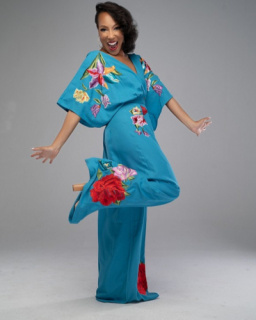