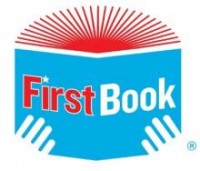 Washington, January 30, 2015 /KidZNewswire/ -- The nonprofit social enterprise First Bookannounced a campaign, launched in collaboration with Disney|ABC Television Group and Disney Publishing Worldwide, that will put up to 1 million brand-new new books into the hands of kids in need. The campaign, which focuses on the power of great stories, runs through March 31, 2015.
As part of their ongoing citizenship efforts, Disney|ABC Television Group supports First Book's mission of providing new books to children from low-income families. The effort will highlight First Book's work in a robust media campaign, which includes a public service announcement (PSA), on-air segments, and celebrity and public engagement opportunities.

The public service announcement titled, "The Magic of Storytelling," launched on January 20 and will appear through the end of March on all of Disney|ABC Television Group's eight owned television stations, various ABC affiliate stations, ABC Network, ABC Family, Disney Channel, Disney XD, Disney Junior, Disney Cruise Line and Resort TVs, the ABC Watch app, New York digital super signs and in New York taxis. The PSA will air as a radio spot on Radio Disney and ABC News Radio. It can also be seen at www.firstbook.org/beinspired.

The public will have the opportunity to share the magic of storytelling with children by making a donation to First Book. For every $5 donated, Disney Publishing Worldwide will provide two books to First Book. The public is also invited to share "speed read" videos of themselves reading as many words as possible in 10 seconds on social media using the hashtag #MagicOfStorytelling.

"The Disney ABC family is a longtime supporter of First Book and has advanced our work in critical ways: from financial support, to contributions of their wonderful books, to strategic guidance as we've worked together to deepen our impact," said Kyle Zimmer, president and CEO of First Book. "We are thrilled to launch the #MagicOfStorytelling campaign to provide more books to children in need with support from Disney."

First Book
First Book is a nonprofit social enterprise that has distributed more than 125 million books and educational resources to programs and schools serving children from low-income families through the United States andCanada. By making new, high-quality books available on an ongoing basis, First Book is transforming the lives of children in need and elevating the quality of education. For more information, visit firstbook.org or follow the latest news on Facebook and Twitter.