Having already dished out over $1 million in cash and prizes, Hollywood veteran continues streak of spreading joy through virtual Bingo parties. 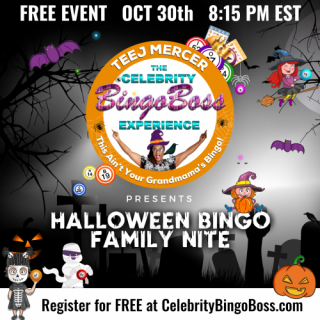 This ain’t your grandma's BINGO!
Atlanta, October 28, 2020 /KidZNewswire/ -- The Covid-19 pandemic threatens to trick us out of our Halloween treat! Well, not if award-winning author, and international speaker, TeeJ Mercer has anything to say about it.

On Friday, October 30th, Mercer, an award-winning TV Editor/ producer who has worked on projects for networks like ABC, MTV, NBC, and OWN along with studios such as Warner Brothers, Dreamworks, Universal Studios and Walt Disney is throwing another FREE virtual Bingo party beginning at 8:15 pm EST that has proven to be the ultimate experience of virtual BINGO like you’ve never seen before.

Craziness, clowning around, and cold hard cash prizes!! This is far from your grandma’s classic game of BINGO. With a live DJ, vivacious atmosphere, and chat room shenanigans, TeeJ’s Halloween Family BINGO Nite is an epic extravaganza for all ages, packed with laughter, dance breaks, cash, prizes, mini-game challenges, and winning big!!

“I hated knowing the kids couldn’t trick-or-treat this year so I wanted to bring fun to them and their families.”

But the rebirth of BINGO didn’t just happen overnight. Mercer, who wakes up daily asking God to show her how to be a "S.A.P." (Somebody’s Answered Prayer), asked for divine guidance on how to be of service to those who felt disconnected and isolated. So back in April, what started as 1 night, 10 games, and $100, quickly grew into a virtual party of nearly 300 people and almost $10,000 in cash and prizes by its 6th week.

But she didn’t stop there! The Walking Exclamation Point, as Mercer is often called, got a divine idea to bless the 2020 class of HBCU (Historically Black Colleges & Universities) graduates. Together, the Howard University alumnus along with her Bingo Squad gave the fortunate grads four insane nights in June of Bingo thrills, giggles, celebrity guest appearances, and over $1 million in cash and prizes that she raised in less than four weeks, giving birth to The Celebrity Bingo Boss Experience!

“It has just blown my mind to see how an old game of Bingo could explode like this...” Mercer exclaimed, “I don’t know who has more fun, me or the Bingo-ers, but I’m so grateful that I get to love on them like this, while having a blast myself!”

As word continued to fly amongst her celebrity friends and cheerful graduates, primetime media outlets quickly caught wind. Even CBS Evening News with Norah O’Donnell had to witness the madness!

Mercer starts the games off nice and easy for the kiddos but then slowly graduates to turbo speed for the well-seasoned players. And by the time the final game is reached, you’ll be wishing this experience never had to end!

Recent HBCU graduate, Jasmine Houston-Rosado says “You would never imagine that BINGO could be this fun. This is more than a game night, it’s an adventure!”

Former co-host of “The View,” actress and comedian Sherri Shepherd, notes “The nights I popped on, I could tell TeeJ merged her infectious personality and Hollywood producer skills to what could be a bland game and transformed it into an exciting and fun night of BINGO epicness!”

TeeJ Mercer’s contagious joy and hilarious antics generate amazing energy that Bingo-ers can’t seem to get enough of. And with surprises always in her back pocket, you’ll never know what's coming next. This game surely earned its tagline, “This ain’t your grandma’s BINGO!”

The squeal of TeeJ’s signature phrase, “THAT’S A GOOOOOOOD BINGO,” kicks off Friday, October 30, 2020, at 8:15 pm EST on Zoom and will resume for a Thanksgiving and Christmas party. Registration is FREE at CelebrityBingoBoss.com/Halloween 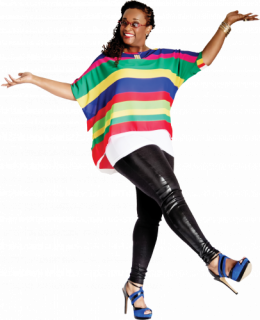 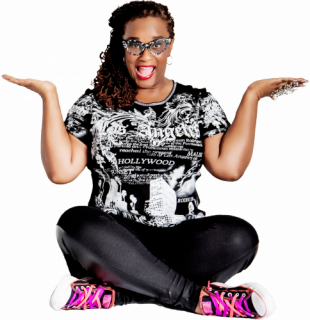